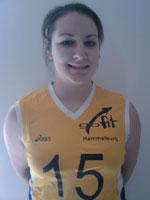 Now I’m back in the States two days before preseason is going to start again.

What means I’m back for my second season at Martin Methodist College in Pulaski, TN.

Looking back over the past year, a lot in my life has changed.

Last summer I figured studying in Germany would not be the right thing for me. So I found Sandra’s homepage and applied for a scholarship. Even if I never thought I would get the opportunity, Sandra made it happen!

So finally last August I flew to the States and we started preseason in the middle of August. Preseason was pretty much the two hardest weeks in my entire life until then. We had practice three times a day and I was so sore that I hardly could move.

When school started at the beginning of September also our season started. We played our first tournament at Daytona Beach which was awesome.

After preseason, we had practice one time a day right after classes. Until the middle of November, when our season got to the end, we were traveling a lot and I got to see different parts of the south.

Unfortunately we didn’t have a lucky season. We lost too many games but we still had a lot of fun travelling and playing the tournaments. That will only make us work even harder for the next one.

All in all the last year was pretty awesome. I got to meet so many new people from all over the States; I got to see so many new places and to enjoy college life!

I’m planning on finishing my Bachelor degree here in the States and then return to Germany. In the beginning, studying in another language was pretty hard but it didn’t take long to be able to understand everything.

Even if volleyball is hard, it was a right decision to come here. And that’s why I came back for my second year too.

Thank you Sandra for making it possible!!!!