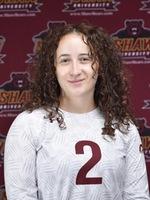 My name is Anna Ney and I am from a small town in Luxembourg. When I was little, I always had this small dream of going to school in the United States and it was always in the back of my head, but I never thought it was realistic. My idea to go to college in the USA to play Volleyball came from another Volleyball player that I knew, who was talking to Sandra. Her team and my team played in a tournament finale against each other and that is where Sandra saw me for the first time and contacted me about this opportunity. She sent me a message and I talked to my parents and we just started the process.

The process included a lot of paperwork which was the only hard thing about it. After I received a few offers, I decided to go to a Junior College in Virginia. The coaches and my team welcomed me in such a nice way and I felt comfortable in my team, especially being the only international player. I am a setter and I was starting in my freshman year, which I was so grateful for that my coach and my teammates had trust in me and believed in me. We made it to the Championship game and played so hard, but we lost. It was hard to loose, but I made All-Region Team in my Freshman year and I had an amazing team to play with, which was more than enough for my first season there.

Initially, I just thought I would do this for one year and then go back home. However, my freshman season was so amazing and I loved my team and the lifestyle I had as a student-athlete, that I could not just step away from that. When Covid happened, I was in my Spring semester of my freshman year. I had to travel back home to Luxembourg in March. In June, we got the news that our school cancelled the athletic department for the whole following year. I was scared and thought my dream was over now.

I talked with Sandra and my coach and decided to email as many schools as I could and hoped to get an offer somewhere. It was a difficult and long process but after two weeks I got an answer from a D2 college in North Carolina, and I accepted the offer the same day. I was so excited to go to this new school and one of my teammates from my Junior College transferred with me to Shaw University, which made this transition so much easier. This school was in a city and was also smaller, which I both prefer because my Junior College was in the countryside and even smaller than this school. My first year at Shaw University, we were not allowed to practice or play at all and only had online classes. This was difficult at first, but my teammates and I managed to do the best out of the situation.

Fall 2021 was finally the first season back and I was excited to play with a new team and coach. I did not manage to play much or at all that season, but I always fought hard and tried my best every time. We ended up going to the Championship, but we lost in the Championship game. In my senior year, I had an amazing preseason, but I got injured right before season started and I was out for about three weeks. I again did not play and was not a starter, as I wanted to, but what I did was trying to be the best teammate and always try to improve myself in every practice. Even though I did not achieve what I wanted or what I thought I deserved, I knew that I gave everything to what I could control. That will be one of the most important and hardest challenges that I went through and learned from. Also, I am very grateful about the places I could travel to with my teams. I went to New York, South Carolina, North Carolina, Maryland, Pennsylvania, Florida, West Virginia, Virginia and I travelled to Los Angeles as well.

This experience has changed my life so much and for the better. I grew as a person and learned so much about myself and different cultures and lifestyles. I met so many amazing people here and some I see as friends for life. The network I build here and the support I receive is something I have never experienced. This adventure made me ready for a new chapter. I decided to stay in the States for my master’s degree that I will do in Social Work, just like my Bachelor degree, that I will finish in May. I am excited for my next chapter and wherever that may lead me. I decided to not take my extra year because it was a lot for me the past three years and I decided to move on from that chapter in my life. However, I will never stop loving or playing Volleyball.

To the athletes that are dreaming about this experience or are scared to make a decision, do it. I would not trade this experience for anything, I became a better player, a better person and a better student. I always tell myself: Do what makes you uncomfortable, to grow and learn or else you get stuck in the same situation.

A big thank you to Sandra, who has been there for me since the first minute she contacted me five years ago until this very second. Last, I want to thank my family for supporting me through this whole journey. It was a blessing having them watch me play in person for the first and last time in August.

I would have never thought my life would turn to be this amazing from taking this one decision five years ago. On to the next adventure. 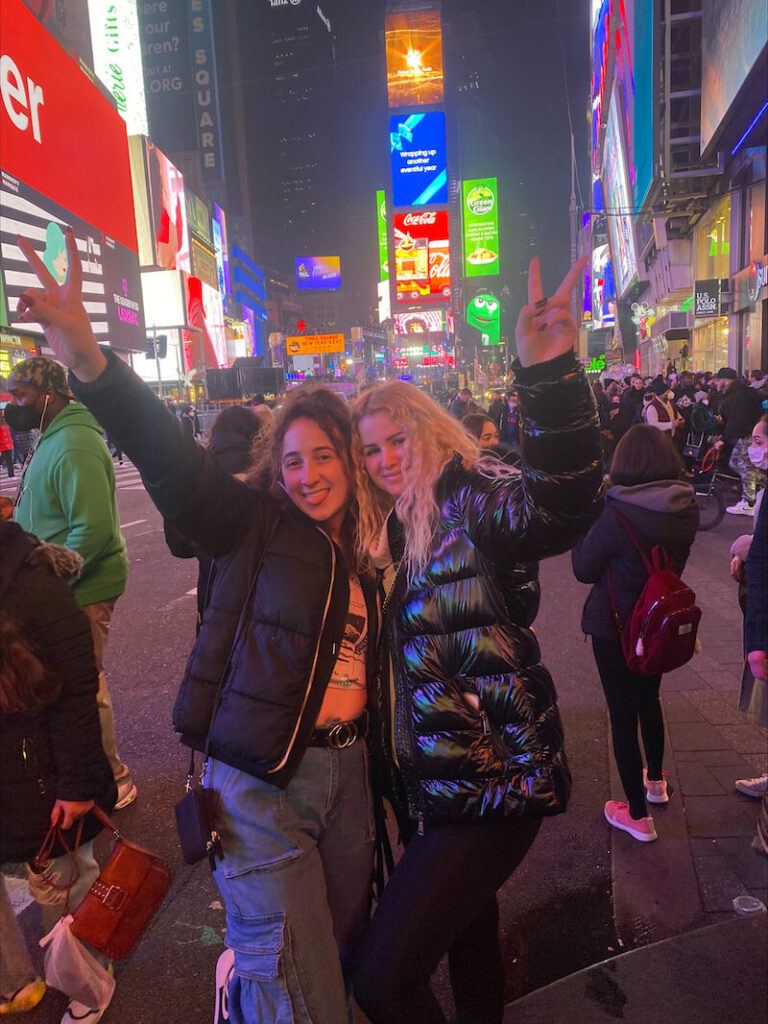 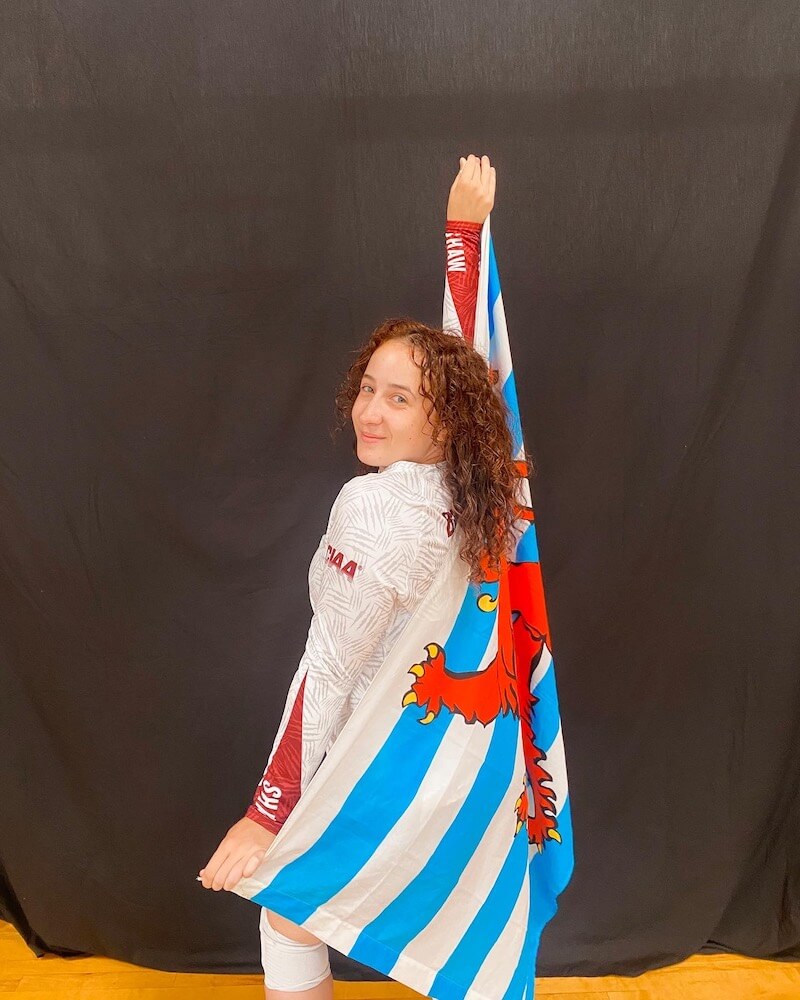 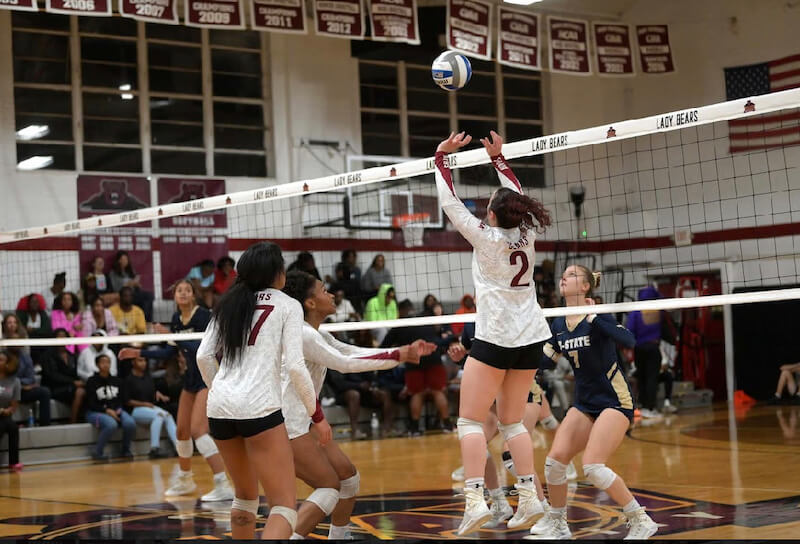 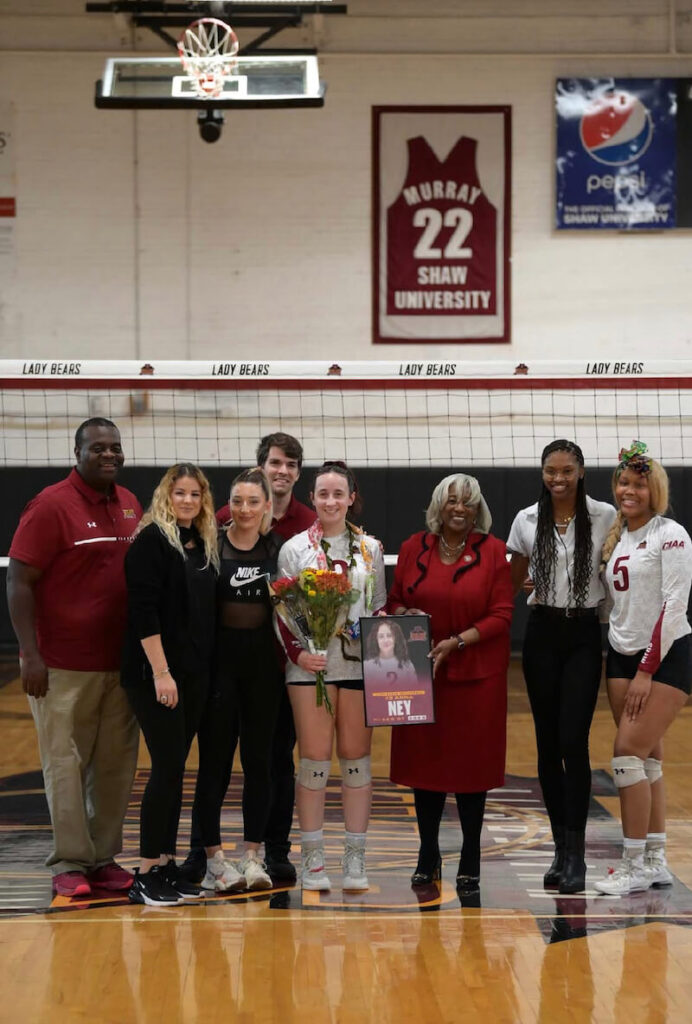