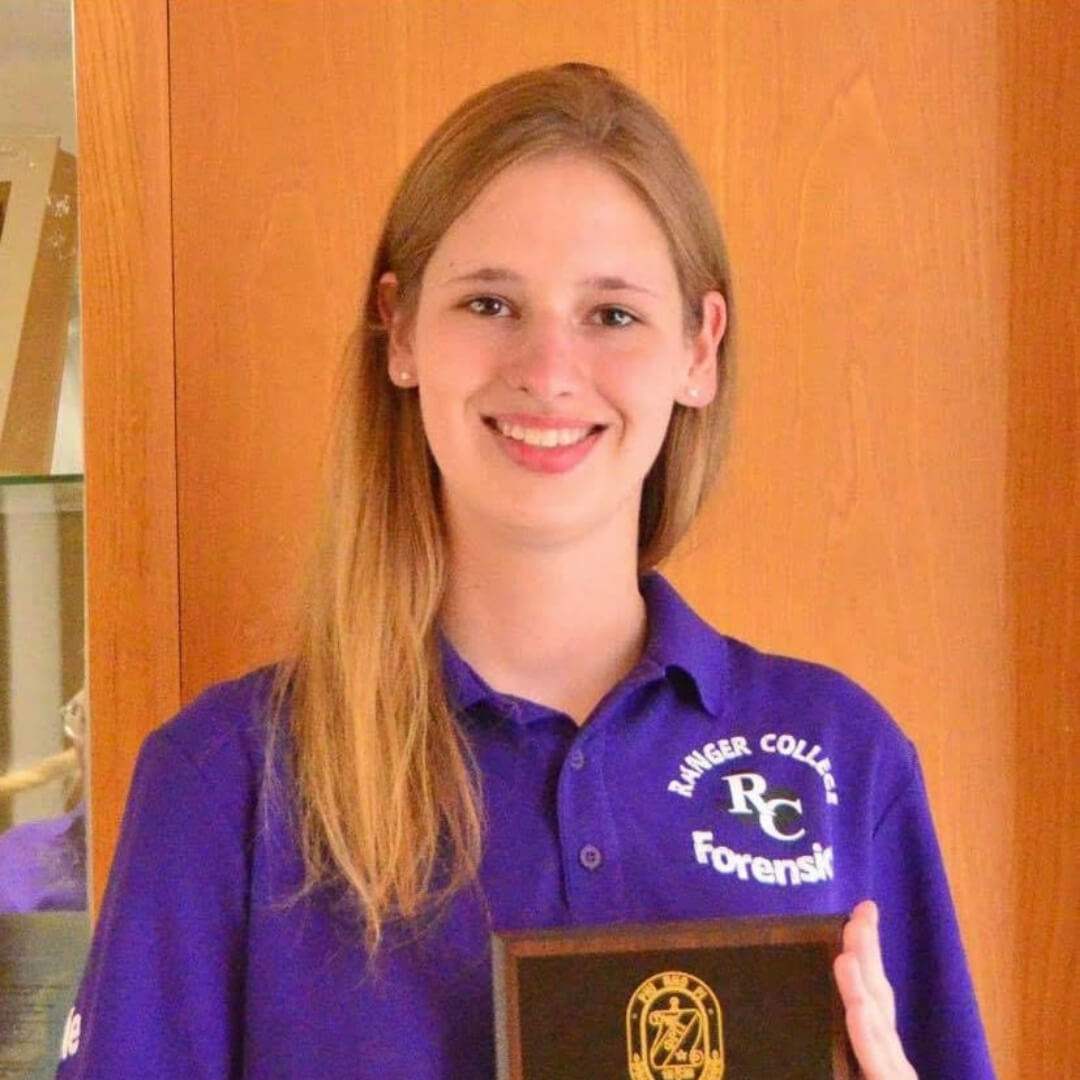 Hi! Thank you for being interested in my story – my name is Jale Sellards and I was a student athlete at Ranger College in Ranger, Texas via VolleyUSA between 2016 and 2018.

Texas wasn’t my first choice when I signed up for the program (to be honest, it was pretty far down on my list), but something about the program and the coach just clicked with me. So, I decided to accept the offer to come play Volleyball in a small (and I mean SMALL) town in the middle of nowhere, Texas.

It turned out to be a great decision, although it didn’t look that way when I first got there. The coach that recruited me (and that was the main reason I had settled for this school) had left his coaching position at Ranger a few weeks before my arrival – so, I arrived instead to greet a new coach who hadn’t recruited me (unlike most of the other incoming freshmen) and whom I had never even talked to.

The first few weeks were challenging. Getting used to a different approach to the game while trying to adjust to living in a foreign culture, and without anyone who already knows you is tough. But these hardships are exactly what made my time at Ranger so valuable for me. I had come to play Volleyball – and so I did.

I hadn’t realized when I signed the contract that VolleyUSA wasn’t just an opportunity to play ball in a different landscape – it is an opportunity for personal growth, gaining independence, and getting better at the sport you love by being a better person.

In Volleyball, my first year at Ranger wasn’t terribly successful. I had trouble adjusting to a much faster approach to the game where my height advantage (I am 6’4“ or about 195cm) wasn’t that much of an advantage anymore. But the more challenges came my way to be successful, the more I decided for myself that I wanted to prove to people that I had what it took.

My sophomore year was a much better experience on and off the court. We managed to play decent during our off-season (which hadn’t happened in a few years at Ranger), and I worked hard in academics as well to open up potential scholarships. Additionally, I have made some amazing friendships with fellow teammates and other college students, and even joined a speech and debate team (which got me a Bronze award at the national tournament too).

I left Ranger in May of 2018 to continue my education at Texas Christian University. While I didn’t play volleyball there, VolleyUSA and my time at Ranger enabled me to attend this university on a fantastic academic scholarship. Despite me transferring to a new school, my time at Ranger was still close to my heart. The experiences I have gained there – both on and off the court – have had a major impact on me ever since, and the friendships I was able to make have held despite time, distance, and the Corona-Virus.

Last month, I graduated with my Bachelor’s degree from TCU and married my spouse, whom I had met at Ranger. I am now working as a teaching assistant for the philosophy department here at TCU while I am in the process of obtaining an employment authorization and temporary permanent residence.

Texas has become a home for me, and I plan on getting a teaching certificate soon. Hopefully I will also be able to coach some Volleyball at whatever school I eventually head too – because I miss the game.

VolleyUSA may have sounded like a fun opportunity to play Volleyball and get to see the world, but to me it has been so much more than that. It has made me a better player, and a better individual, so I cannot recommend this experience enough if you want to challenge yourself on a whole new level. And you never know what’s going to happen.