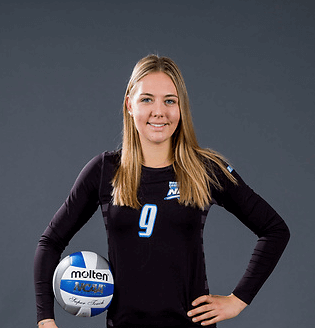 “The purpose of life is to live it, to taste experience to the utmost, to reach out eagerly and without fear for newer and richer experience.” ― Eleanor Roosevelt

… and three years later I left New York City with a bachelor’s degree in Health Science, 2 championship rings, lifelong friends from all around the world and an unforgettable experience that nobody will ever be able to take away from me.

And this is how it all began: 16-year-old me, playing in the highest league in Austria and being part of the Austrian junior national team, could never imagine a life without volleyball. But a good academic education that brings me further in later life has also always had high priority for me. When I ran into Sandra in 2014 at the U21 Austrian Championships, I didn’t hesitate for a second and decided to get out of my comfort zone and contacted her soon after the Championship.

I started the recruiting process around a year before I moved to the U.S. By that time, I had never been to the U.S. before, much less, I barely knew much about the college system. But I played with a couple of All-Americans at my hometown club ASKÖ Linz-Steg and I was inspired by their commitment and physical abilities.

With Sandra’s help I took all the necessary tests, completed all the necessary paperwork and talked to multiple coaches from all different schools while so many thoughts went through my head: do I want to go to a big school, live near the beach or in a big city, do I want to play beach volleyball or only indoor,… but in the end, I trusted my gut feeling and in November 2015, I committed to LIU Brooklyn, a D1 program in Brooklyn, New York.

The day after my arrival in August 2016, preseason with many team bonding activities, testing and weight lifting immediately started. We were a high freshmen class, many internationals and there was a strong relationship between all the athletes at the university from the first day on. Many things were unfamiliar for me at first, like living in one room with two of my teammates, taking ice baths after each practice, having daily team meetings, freshmen duties, strict team rules as well as new techniques and rules on the court. But all those unfamiliarities turned into habits pretty fast.

Being super busy all the time, I didn’t even get the chance to become homesick and time passed by far too fast, filled with countless unforgettable experiences.

One of them was my freshmen year when we brought the NEC Champion title back to Brooklyn as underdogs and qualified for the big NCAA tournament where we faced #16 seed Penn State on their home court. It was a completely different atmosphere than I was used to, with a couple of thousand people watching us play. We repeated the same process my sophomore year and faced #8 seed Washington in the first round of the NCAA tournament.

My freshmen year, I could call myself a two-sport athlete for a couple of months. In the time when we only had a couple of gym hours, I was offered to join the swim team and competed at the Swimming and Diving NEC Championship. Realizing again what a great team spirit we had, my volleyball teammates came and supported me at most swim meets.

Because LIU Brooklyn was a pretty small school, we had a truly familiar relationship with all other coaches, players and staff members, we called NYC our campus and the open and warm-hearted way the Americans welcomed us internationals made us feel like being at home.

Beside tiring 3 hour practices, treatment, rehab and lift, we still had to perform to the best of our abilities in the classroom as well. But the hard work is rewarding in the long term. On the few off-days, New York City never disappointed and no matter if evening walks to the Brooklyn promenade, dinner dates in one of the most extraordinary and unique restaurants in the city with my teammates, strolling through the city, going for a shopping trip or going to the New York Fashion Week, there has always been something that this amazing city had to offer. NYC also teaches you so much about different cultures, you get to know so many amazing people with different backgrounds and it helps you grow as a person like nowhere else.

But besides living in New York City, I was so fortunate to get the chance to travel to Miami, L.A. and Chicago over Spring Break as well as play tournaments in Las Vegas, Portland, Seattle, Washington D.C. and Boston.

At the end of my journey, after a huge graduation ceremony at the Barclays Center, my parents surprised me with a helicopter ride over NYC as my graduation present which was definitely the icing on the cake and made me realize one last time how fortunate I was.

So, my biggest advice is: If you can get an opportunity like this, do not hesitate for a second.  Step out of your comfort zone, face challenges and take the shot! It may be hard to decide at a young age where you can see yourself for 4 years but simply trust your gut feeling and be open for a new, maybe complete different lifestyle.

I’m beyond thankful to everyone who helped me along the way, especially Sandra, who in first place made this even possible. All her short checkups during my entire stay in the U.S. as well as after graduating made me feel so much more comfortable. 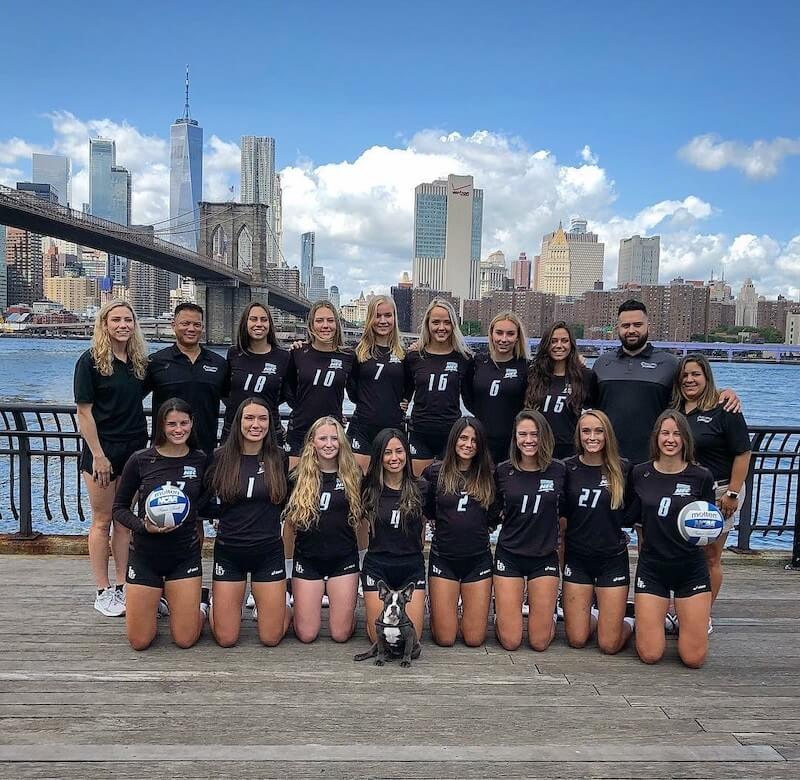 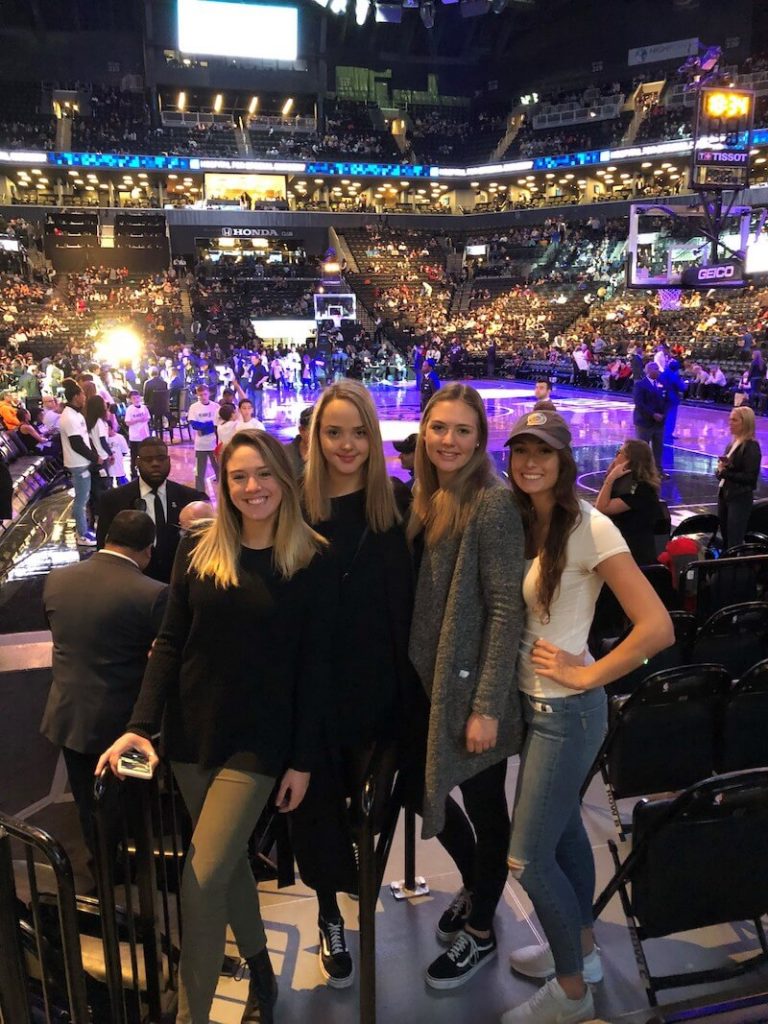 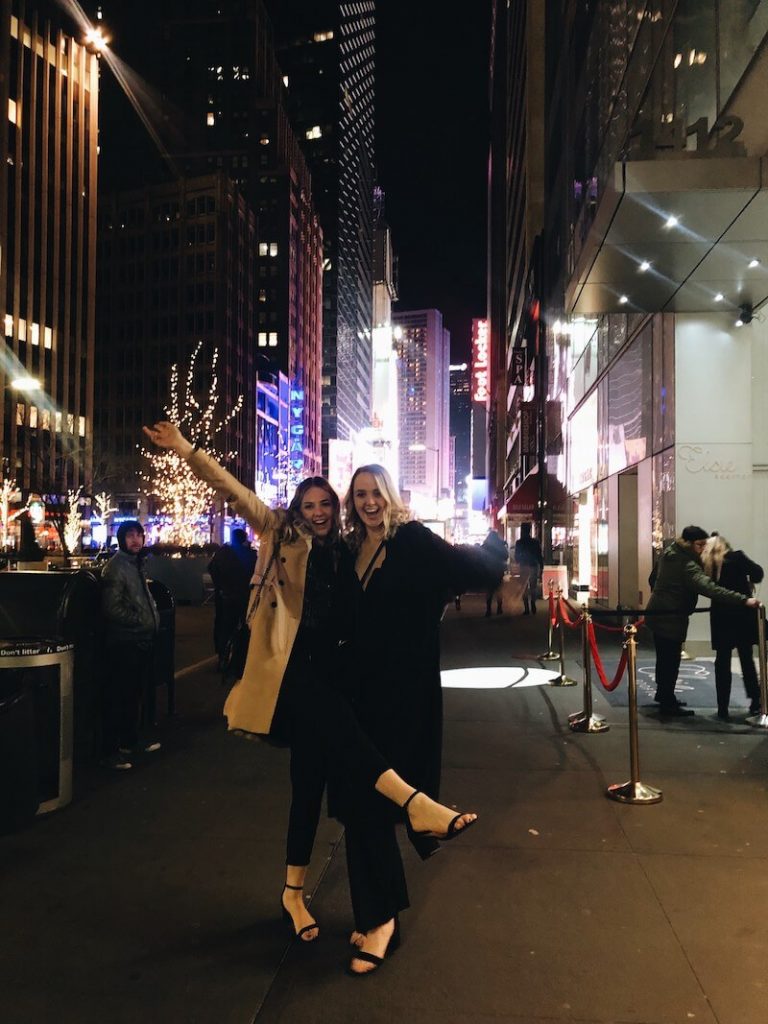