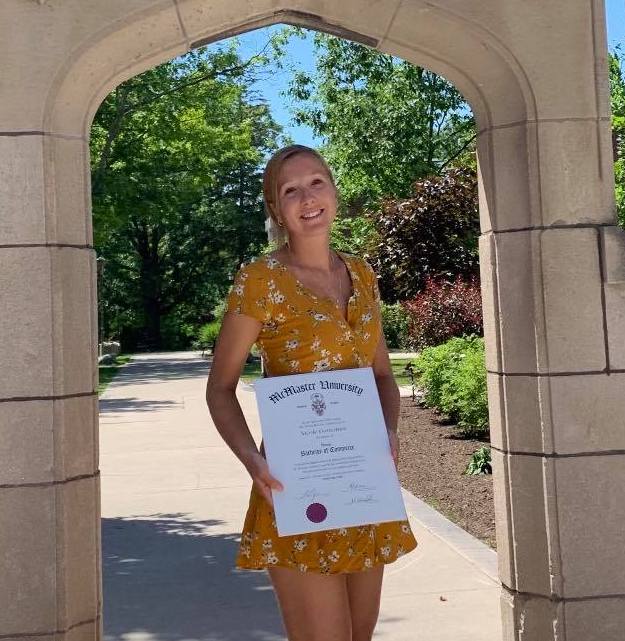 During the first year of high school I was playing club volleyball and we had two American and one Canadian professional volleyball players on our team. I still remember how amazed I was, that they were living in another country, learning another culture and at the same time playing the sport they loved, volleyball. It was a dream.

One day, during my second year of high school at the Junior Swiss Championships, I met Sandra. She asked me if I would be interested in going to the States after my final year of high school to study and play volleyball. Of course my answer was “yes”. She then explained the details about the possibility of getting a scholarship in one of the many Universities in the States.

Back then it was just a dream, but during my last year of high school that dream became a goal, and, after taking various English exams, and interviews with coaches of various universities with Sandra’s help I received a full ride scholarship to St. Petersburg College in Florida. I must say, that the second part of my last year in high school was a bit challenging because I had various end of school exams, English exams for the States and interviews. It was my fault because I basically left everything to the to last minute. Therefore, my biggest suggestion is to start earlier than that, so that there is enough time to prepare everything calmly.

At the beginning of this adventure I was a bit scared of leaving home and going to a foreign country without knowing anyone. However, when I got out of the airplane, my teammates and my coach where there to welcome me. The following day everything became reality, I started practicing, going to school and meeting new people. I had the fortune to live with my teammate Nina. She was in her second year, she was able to give me some advise and she knew a lot of people and places around the area. Thanks to her I got to meet a lot of people, to travel and have fun. When we weren’t practicing or in school, we often went to the beach to play beach volleyball and enjoy the beautiful ocean. The sand, the ocean and the dolphins were like paradise and I couldn’t have asked for more. In March, for Spring Break, we went to Miami, which was a really fun.

The preseason, which only lasted a few weeks, was intense. I remember having to run outside in August with 40 degrees Celsius. Therefore, my advise is to be physically in shape when you get there. The volleyball season was very short and intense, it started end of August and it ended in November. At the beginning it was a bit challenging since it required to adapt fast to the new rules and the team, and at the same time to be very performing at the games and at practices. We got to play around almost all of Florida and the environment at games was amazing, there were cheerleaders, hot-dog stands and much more. It was almost like a movie. I was living the American dream.

After that year I decided to continue my international experience at McMaster University in Canada, where I graduated from in Business Administration.

During my stay in Florida, my parents came to visit and they fell so in love with the place that they decided to buy an apartment. Therefore, I have the fortune to go there once in a while and meet some of my old friends to play some good beach volleyball.

I must say, that year in Florida has thought me a lot, but mots importantly it has tought me to be independent and to adapt to other culture and people.

It was a life changing experience which I suggest to any of you that has this opportunity. This is an adventure that will stay with you forever. For many volleyball players, the biggest obstacle might be the courage to take the very first step and to leave. Therefore, my biggest advise is to not be afraid of the unknown and to take these opportunities with open hands.