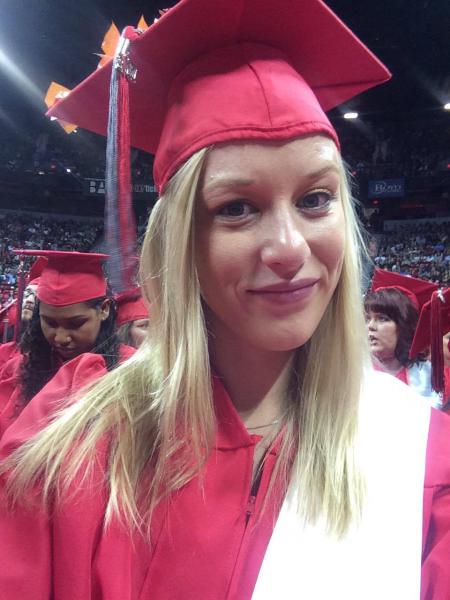 Everybody has their own journey, and here is a little overview of mine:

I can’t believe 4 years flew by just like that.

I remember the preparation process of getting things lined up and organized for the “big move”. Sandra has done a phenomenal job throughout the process of getting started, up until now – 4 years later. At this point I’d like to mention that such a huge transition has not been easy for me at first, and it took a lot of perseverance and determination to adjust.

My American story started in Houston, Texas at San Jacinto College, a small Junior College in 2013. Not only did I have a hard time adjusting to the heat and humidity out there but also to the culture. There was the language barrier, food differences, another mentality I had to get used to, and of course a slightly different way of playing volleyball.

Despite all the new impressions and overwhelming dimension that Texas had to offer (everything is bigger in Texas – literally everything), I enjoyed exploring a new volleyball league full of discipline and competition on a whole new level.

However, after the first season had passed, it seemed like Houston wasn’t the right fit for me, so I decided to move on to a NCAA Division I university in Chicago, Illinois. Sandra has been on my side since I moved to the States, checking in on me, and made sure that I was taken care of.

I loved Chicago! Chicago is one of the greatest and most spectacular cities I have seen so far in the states. However, after 2 years of playing Division I volleyball here, I decided to make another, final move to another university. Hard work, persistence and the drive for better things enabled me to get an offer for my last full scholarship as a student athlete to the University of Nevada in Las Vegas.

Who would have thought that I would end up in Las Vegas, the City of Sin, one day? Well, I didn’t but here I am! Believe it or not, there is so much more to Las Vegas than Casinos and gambling. UNLV is, out of the three school I went to, the most amazing one. Also, the Mountain West Conference has been one of the most challenging and intense conferences I have played in. Not only has this season been the best season I have ever had in my NCAA career, I found a place that I can call home now.

Again, Sandra has been by my side throughout my third transition, making sure that I was doing ok. I owe this woman more than anybody can ever imagine. Even though my transitions might have been more difficult than what’s normal, I don’t regret any decision I made.

One piece of advice that I would give to anybody who is brave enough to get out of their comfort zone to play volleyball in the States is: Don’t get discouraged and just go with the flow. No matter how hard a situation may seem, never regret anything you decide to do. Every experience is followed by a journey; a journey that helps you grow as a person. It’s up to you now to work on who you want to be!