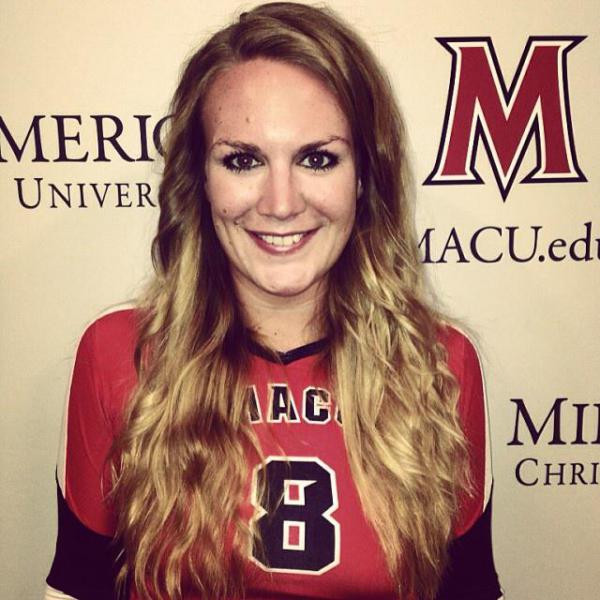 What am I going to do with my life?! That is the main question I am asking myself right now after returning home from the US, where I spent the last three and a half years playing volleyball and pursuing a Bachelor’s degree. My journey to play and study in the US started when I contacted Sandra and within a couple of months, I had accepted an offer from a junior college in central Florida, where I played my freshman year of college. Living in Florida was a dream come true for a sun and beach addict like me. Unfortunately, we didn’t have too much time for the beach once pre-season started because we practiced three times a day and needed the breaks in between to sleep and relax. The weeks of pre-season and our season went by way too fast and before I knew it, my first semester was over. During the spring, we played beach volleyball instead of indoor and competed along with one hundred other teams in one of the biggest tournaments at the beautiful Siesta Key Beach. During spring break, we took a road trip from Orlando to Palm Beach, Fort Lauderdale, Miami, the Florida Keys, Key West, the Everglades… Florida is an amazing state and has so much to offer. Overall, from alligators on the side of the road to beach days in December, my freshman year was a great experience and a year I’ll never forget.

Due to some unfortunate NCAA rulings, I was not able to compete in the NCAA Division 1 and a transfer to a 4-year institution seemed impossible, when Sandra came in clutch once again and got me in contact with some NAIA schools. That’s how I eventually ended up at a Christian University in Oklahoma City, Oklahoma, a city and state I had never really heard of before. But this unknown place offered a whole new world to me and I know now that some people really do wear Cowboy boots on a daily basis, use “y’all” in almost every sentence and stand outside their houses filming approaching tornadoes. You may never have heard of deep-fried Snickers or deep-fried ice cream before but apparently anything can be deep-fried in Oklahoma (even gummy bears, yikes). I actually experienced a couple of tornadoes and sitting in the shelter waiting for it to be over was very, very scary (for inexperienced foreigners like me). In Oklahoma, it is also possible to experience all four seasons in one single day (as an example: snow in the morning, 25 degrees Celsius in the afternoon and storms and fall-like temperatures in the evening). There are churches EVERYWHERE and OKC may as well be the capitol of American country music. Last fun fact: Sapulpa, Tishomingo, Chickasha, Muskogee, Checotah, Pushmataha, and Eufaula are actual words and names and after about two years, I even learned how to pronounce (most of) them.

Another thing to say about living in the USA: Americans love their sports – both professional and college sports. In Florida I had to choose between the Florida Gators and the Florida State Seminoles (of course I chose FSU) and in Oklahoma my friends made me choose the Oklahoma Sooners over the Oklahoma State Cowboys. Experiencing college football and basketball games was one of my favorite things about living abroad and I will miss those fun times. I also used my chance and watched a couple of NBA games (Orlando Magic and Oklahoma City Thunder) and got to watch Dirk Nowitzki play in what could be one of his last seasons to play.

As fun as everything sounds, studying abroad and being away from my family for such long periods of time can also be very difficult and I got homesick more than once. There were moments when I felt like giving up and all I wanted to do was book the next flight home. But thankfully, through the tough times, I always had people that helped me through those times and made me want to stay and finish what I started. After four seasons, I played my last home game during senior night in early November and seeing how many people came to watch me play one last time, made signs and brought me flowers and presents, meant the world to me and brought tears to my eyes.

At the end of the day, Florida has the most amazing beaches and Oklahoma the most breathtaking sunsets and I am lucky to have lived in both of these states. But what it really comes down to is the people I met along the way and the relationships I’ve made. I graduated with my Bachelor degree and saw so many beautiful places in a country that fulfills a lot of its clichés but has so much to offer. These past years have shaped me into the person and volleyball player that I am today and I would do it all over again.

“You will never be completely at home again, because part of your heart will always be elsewhere. That is the price you pay for the richness of loving and knowing people in more than one place.” – Miriam Adeney